My friend Kyle “liked” my Facebook status announcing this. I couldn’t pass it up, so I messaged Kyle and asked if he’d be interested in going. And if Fred [another friend of mine, who’s also a friend of Kyle’s] was interested, too. Soon, the tickets were ordered and I was on the road to go see Anberlin LIVE in CONCERT with Fred and Kyle. [This and this are not links to their Facebook profiles, sorry ladies.]

I’m really glad we bought our tickets ahead of time because the show ended up being SOLD OUT. There were many disappointed people leaving while we were in line at the door, telling everyone else to leave. But we didn’t, because had tickets. XD

Also touring with Anberlin were Monsters Calling Home and some-guy-I-keep-forgetting-his-name-and-what-band-he’s-from. [I have since been told, repeatedly so that I might remember, that he’s Mychal Cohen from Campfire OK. I still have trouble remembering, though.]

Monsters Calling Home played first. They’re just starting out in their career but, man, are they talented. I can’t wait to see how far they go.

As promised, I have fuzzy pictures! This is Monsters Calling Home

Then played the guy with the acoustic guitar. He was okay, but I felt he tried a little too hard to impress us. There’s only so much rocking out you can do with an acoustic guitar with the strap so high I could have seen his belt if I’d been close enough. If you want to rock out, you’ve got to sling your guitar low, in my opinion. 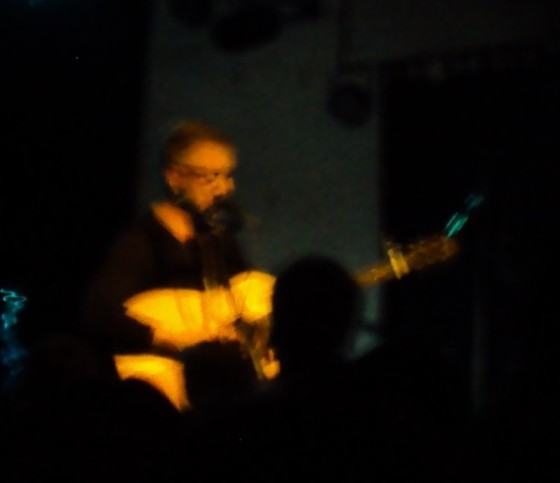 This is the guy. See what I mean about the guitar, though?

Then, it happened. Anberlin played. I could only see bits of their performance because a bunch of tall people stood in front of me. Being taller than me is not much of an achievement, seeing as I’m only 5’4″. But I managed to get in a few decent-ish shots. 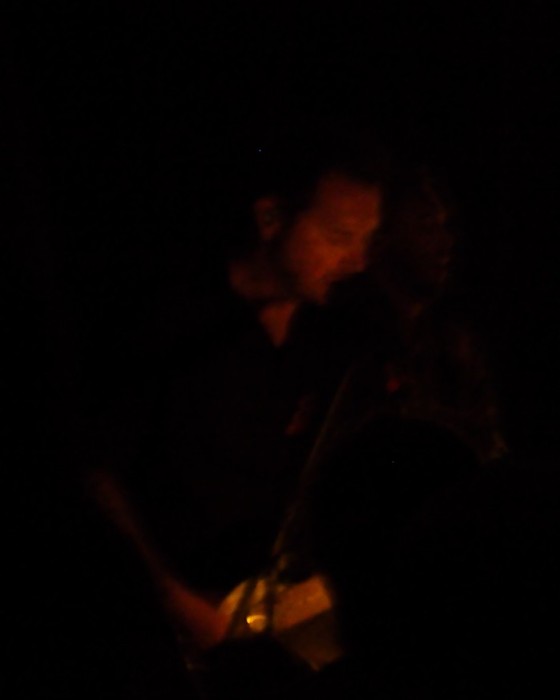 One of the guitar players, with the bass player behind him [I think] 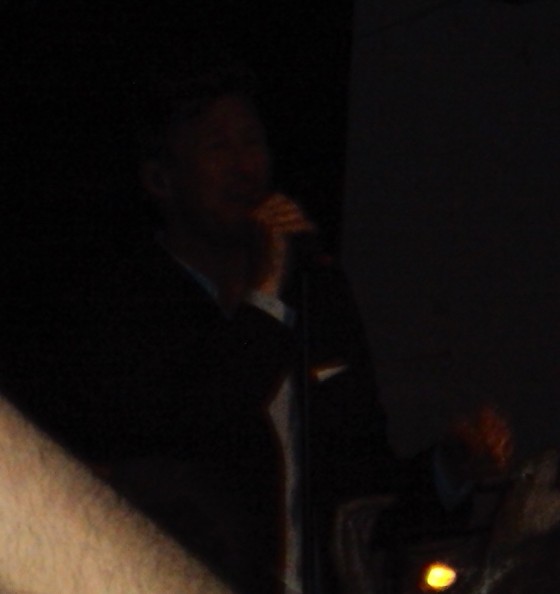 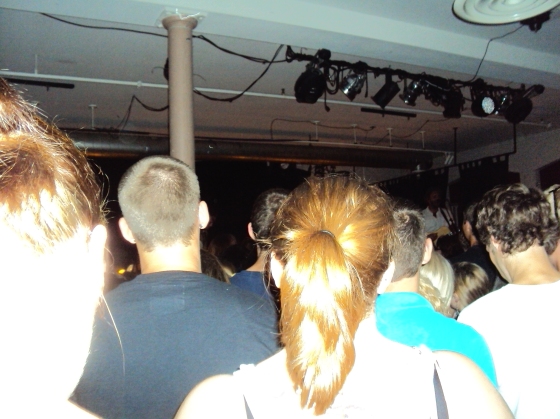 My view of the concert

I sang along to almost all of their songs. Almost all, because they sang a couple new ones from their next album which hasn’t been released yet. I can’t wait for it to be released!!

I think the worst thing about the concert was that it ended way before I was ready for it to end. It could have gone on for at least another couple hours, and I still wouldn’t have been tired of listening and singing along [even if my voice was completely gone]. [Speaking of losing my voice, I did: Saturday I was a bit hoarse, and Sunday I was very croaky. And then I got better.]

Despite that, it was a wonderful time. Fred thanked me for having such a great idea, but looking back, I know it was all God’s doing. There was a time not too long ago where I wouldn’t have had the courage to ask people – even good friends – to something like this. I would have just stayed home, because I wouldn’t have been able to go by myself. [This kind of thing is definitely more fun with friends, anyway.] Even as it was, I had doubts – I kept thinking Kyle and Fred were just lying to me and setting me up to look like a fool. I know, I know. It’s ridiculous. I have nice friends now, not the “friends” I had when I was a kid. 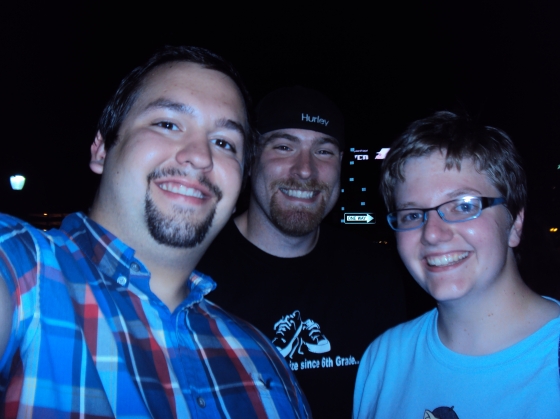 Good friends, good times.
[And if you look closely, the ONE WAY sign is pointed at my glasses.]

Like I said last week, it’s been over a year since I’ve seen Fred and Kyle. I don’t plan on letting another year go by before I see them again.

Comments Off on Don’t Drop Your Arms